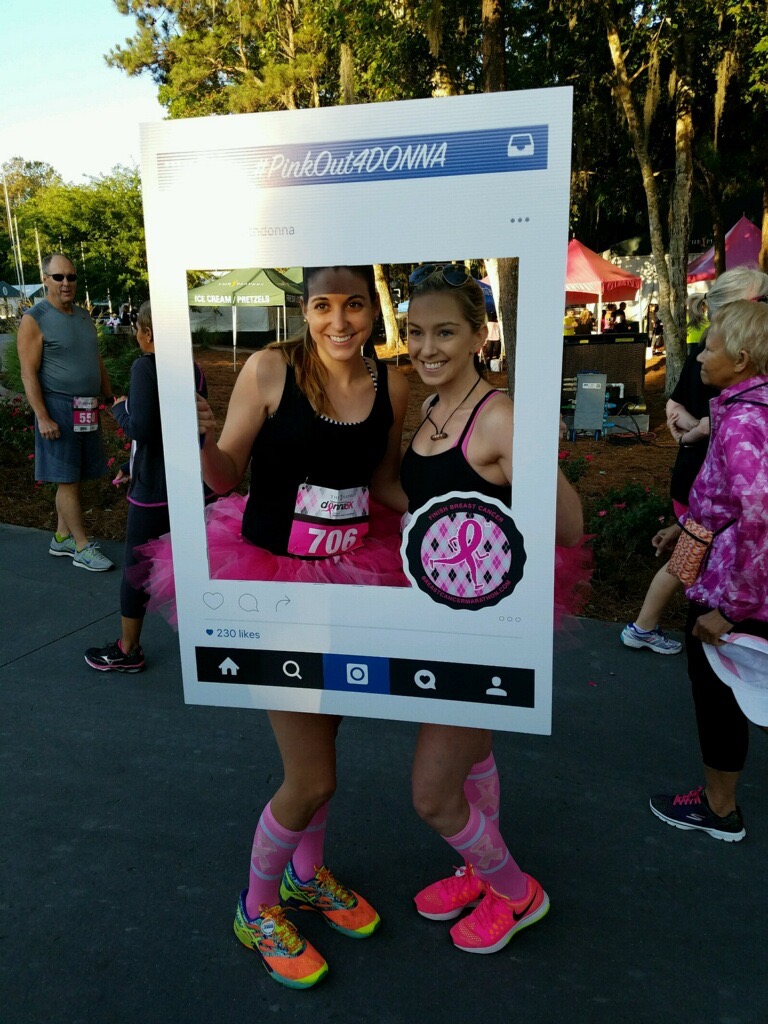 There’s something therapeutic about crafting. Add wine, frozen pizza and a friend who loves all of that equally and you get a pretty awesome craft sesh.  Somewhere between the hectic work week and the weekend, an idea emerged. Tutus. Pink tutus.

Back track a few weeks and this conversation happened:

Me: It’s The Players Donna 5k to raise money to FINISH breast cancer

Me: Well everyone will be wearing pink.. Like everyone… Head to toe #pinkout4donna

Katie: Ok, I’m in.  (And 15 minutes later she ordered pink knee high socks for the race)

So on Friday, with less than 24 hours until the race, Katie and I were talking about what to wear and somehow we needed something more. What possibly could make running a 5k even more fun? Tutus. Where else can a woman wear a tutu and it be socially acceptable other than a 5k!?  I already have two Tough Girl Tutus, but they aren’t pink.  I sported a lime green one at the Napa Zooma half marathon two years ago and the leopard one at the Amelia Island Zooma 10K. With time against us, we set out to put our crafting skills to the test.

With Hobby Lobby coupons in hand, project tutus was well underway. We lucked out with tulle at 50% off and used our coupons on scissors and an elastic band. We over-purchased tulle just in case but ended up taking 3 rolls back.   These were so incredibly easy to make. Time consuming, yes – but so much fun!

What you will need for 2 Tutus (because twinning tutus > one):

How to make tutus:

Step 1: cut the spools of tulle in half with a knife so you have 3″ wide strips.

Step 2: cut the elastic band so it’s a little longer than hip measurement. Use a safety pin to pin it together. Wrap the band around a barstool or chair legs.

Step 3: Pour a glass of wine. This next step takes a little while.

Step 4: cut strips of tulle. Lots of strips.  I used 20 inches and am 5’7″ and Katie used 18 inches and is a little shorter than me.  We both thought the length was perfect.  Just remember however long you want the strips, double that and add one inch for the tie. 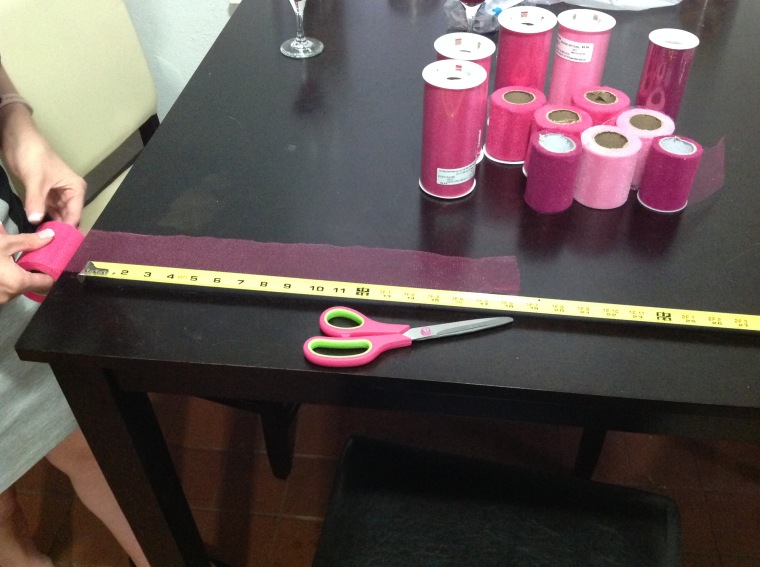 Step 5: fold each tulle strip in half and loop it around the elastic band. Alternate the looping by looping on top of band and then behind the band. We used two hot pinks, one light pink, two hot pinks, one pink sparkle and repeat.

loop the tulle around the band

Step 6: squish the tulle together and tighten the loops. The more squished the tulle is a) the more poofy the tutu will be ✅ but b) the more strips you will need 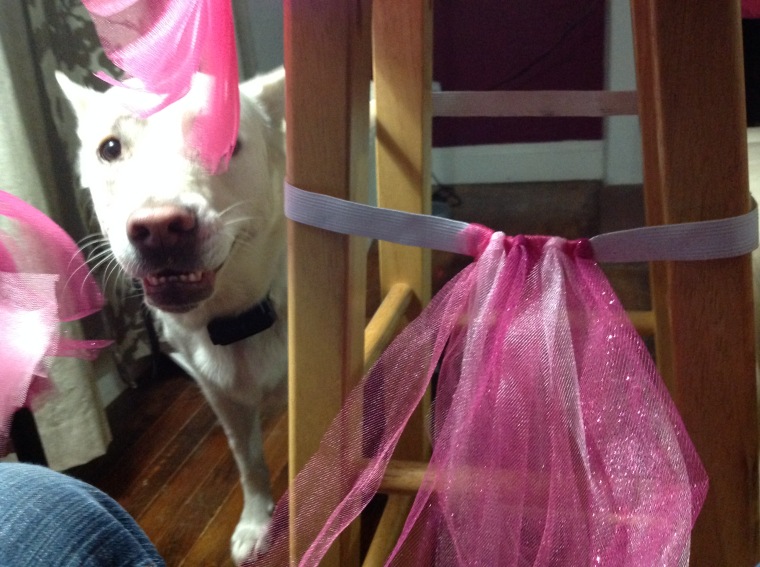 The total to make both tutus was only $16!! This includes the 50% off all tulle and 40% off the elastic band. It did take us about 5 hours (including dinner and wine) but it was so much fun. And seriously, how cute are these tutus!?

Also, major shout out to Katie who completed her first 5k in style!!

Hi! I'm Cassie! I'm a food & wine enthusiast with a passion for experimenting with new recipes. I love running and biking, traveling, my family and my rescue dog, Emmie, and goldendoodle, Oliver. I'm a CPA so naturally, I find number crunching fun. Live adventurously, love passionately and never stop laughing.